on the use of astrology in the Vietnamese tradition 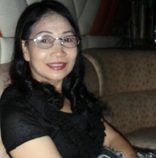 Astrology has accumulated over centuries of observations, an immense amount of knowledge that do not all have the same degree of reliability and credibility. So, I propose an optimized approach as follows :